I don’t have a heartwarming story about the first time I heard this song. Its popularity had already waned by the time I got into Rock music and I don’t remember any association with it as a teenager, although I’m sure I heard it played on the radio from time to time. My love for this song came much more recently. 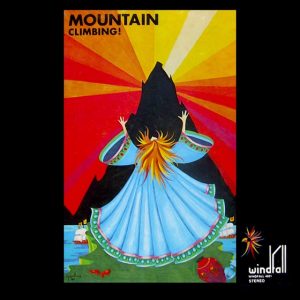 My son Carson is a video game fanatic and a huge Rock Band fan. For a 7-year-old, he is quite good. He plays most songs on hard or expert level and has really developed a taste for classic rock songs. One of his favorites is Mississippi Queen. Watching him rock out, even with a plastic guitar controller, is one my life’s greatest joys. I’ve grown to love the song as much as he does.

Since I decided to do this solo, I’ve done some research on Leslie West, the guitarist behind Mountain. While Mountain was kind of a one-hit wonder, Leslie is a well-known and popular guitarist — a true “Mountain” of a man — who still plays festivals and shows, and hasn’t lost any of his skill. Check out the Inspiration section below for a great recent video of West playing the classic riff from Mississippi Queen.

Leslie West played a number of guitars over his career, but the one shown here is the guitar he used to record much of his early work, including Mississippi Queen. The original hangs in the Hard Rock Cafe. It’s a Gibson Les Paul Jr., which West is widely credited for boosting in popularity.

The Mountain Man himself playing some licks from Mississippi Queen — http://www.youtube.com/watch?v=GtZNWhv3VvM

Leslie West, Joe Satriani and John Petrucci (from Dream Theater) jamming out to Goin’ Down. Way too much guitar talent on that stage. — http://www.youtube.com/watch?v=QQyt_xy2mMQ&feature=related